What to Look For

For a beginner, I recommend a miter saw with the following features:

The following luxury features come on some of the pricier saws. They're unnecessary for a basic user, but if you're planning to put your saw through heavy-duty use, and are willing to splurge, they're probably nice to have.

Note: This blog contains affiliate links. If you click and make a purchase, I may receive compensation (at no additional cost to you.) 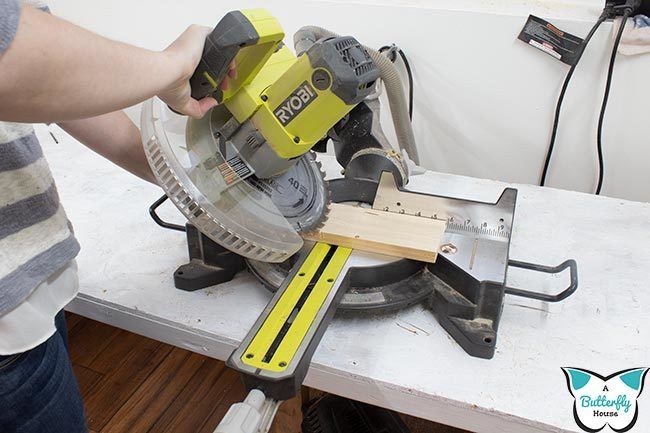 My budget miter-saw pick is Ryobi's 10" Sliding Compound Miter Saw. At $179, it's a reasonably-priced saw from a reliable brand. It's single-bevel, which is to be expected at this price-point.

I've had this saw for the past two years, and it works like a champ. Both the miter and bevel features are easy to use, and there's also a laser light guide to show where the blade will hit the saw.

The measurement markings on the fence are also super useful when I only need an imprecise cut.

I dream of owning this Makita 10" Dual-Bevel Sliding Compound Miter Saw. At around $600, it's a little too pricy for me, but if you're going all-out, it's a great saw. The sliding mechanism is in the front of the saw, so it doesn't require three feet of space, and can be placed up against a wall. Plus it's soft-start and has an electric break, increasing efficiency in the shop.

Yes, it's a 10" blade and not a 12" blade, but if you're willing to drop $600 on a miter saw, I imagine you already have a table saw, so the blade diameter is less important.